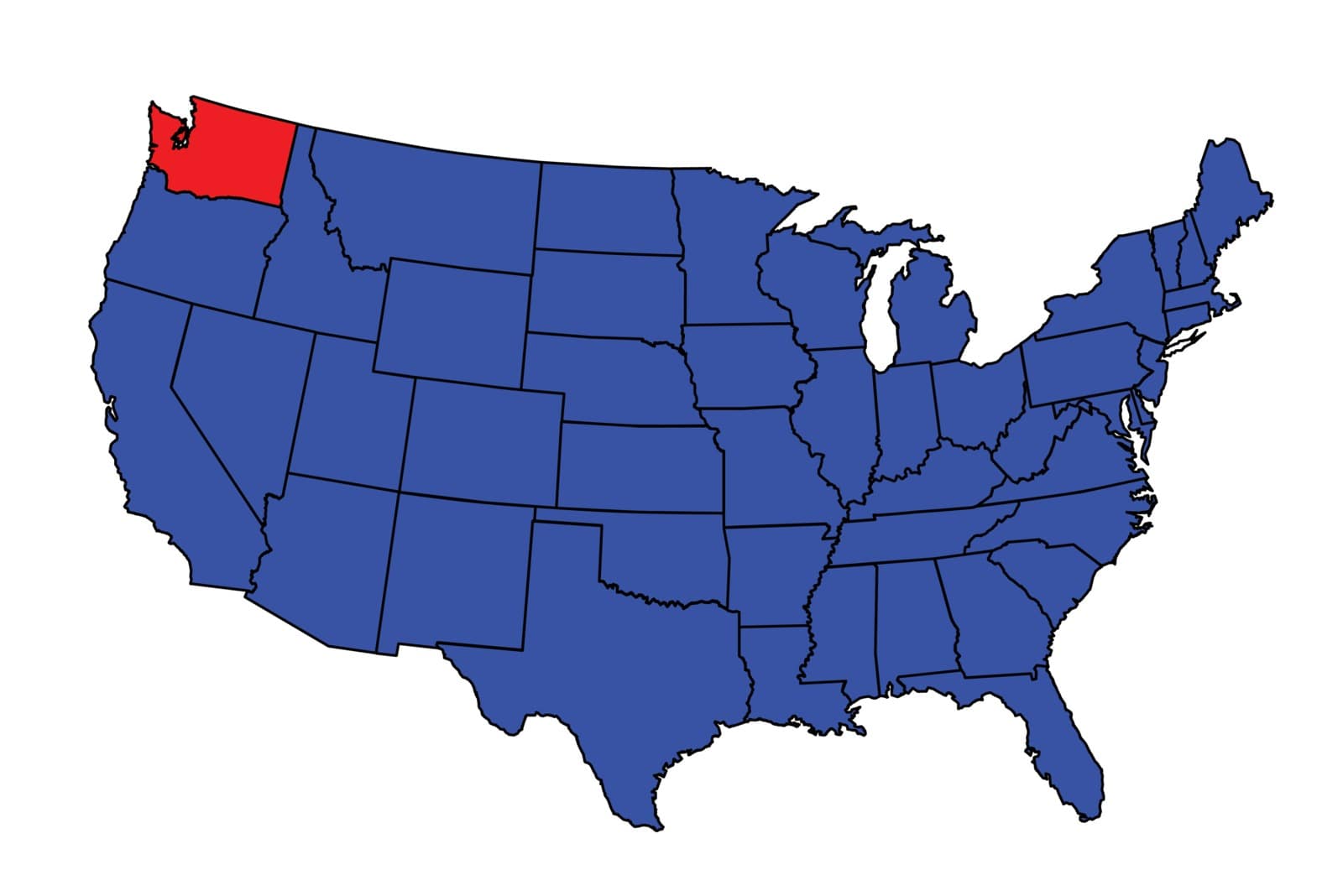 Washington state is the 18th largest state by area and the 13th most populous stat with most of its citizen living in the greater Seattle metro area. It has a diverse landscape which spans directly to the west coast of the North Pacific Ocean, with multiple commercial trade and military ports dotting its coastline.

The three major interstate highways that feed into the overall 140 000 miles of roads crossing the state, are the I-5, the I-90 and the I-82 which connect the state to the rest of the country.

The I-5 follows the west coast down to Portland, OR all the way down to Los Angeles, CA – this is one of the main supply and transportation routes. It is one of the ways to get a car to or from Washington and any of its major cities, from California or Oregon.

The I-90 goes from east to west crossing the center of the state connecting Seattle to Montana, Wyoming and South Dakota. The I-82 is a road leading straight to Seattle and it is an offshoot from the I-84 which does not pass the state border between Oregon and Washington state, but rather diverts towards Portland, OR.

To get a low-cost and reliable car shipping service to or from any of Washington’s major or minor settlements, it’s best to check and see what USTrans.com has to offer.

We have a 15-year presence in the region, providing vital support to fishing, boating and boatbuilding communities, rural areas, farmers and industrial regions.

If you want to get the best prices possible for transferring your car from one location to another, our Washington state service is the best choice for you. We have identified that the most cost-effective period of the year for booking car transport services is the end of summer, the beginning of Autumn.

There are several things which determine the price of the service regardless of where you are from and where your car is heading to, those are:

Seattle is a legendary city responsible for multiple cultural waves in music, sports and other fields. It is the largest and most populous city in the Northeaster part of the United States and it is an important international trade and transport hub by sea, air and road.

As such, we at USTrans.com feel that Seattle residents deserve the attention to detail we bring with each booking of car shipping to and from their wonderful city.

Due to the location of the city, and the large number of people living in it, we recommend that people who are looking to get short delivery times, book the service outside of city limits.

This will avoid congestion, parking troubles and overall discomfort for both customer and carrier, and is thus make the experience that much more convenient for all.

Getting a Car up to Olympia, WA for Cheap

Olympia is the administrative and legislative state center of Washington State and is thus an important end and beginning destination for many residents. It sits on the path of the I-5 meaning it’s easy to get to, as is Tacoma, Washington – a great city which is a part of the Seattle metropolitan area, the second largest metro area on the West coast.

Along with affordable car shipping services to Washington, we also provide vehicle transport to the state from: