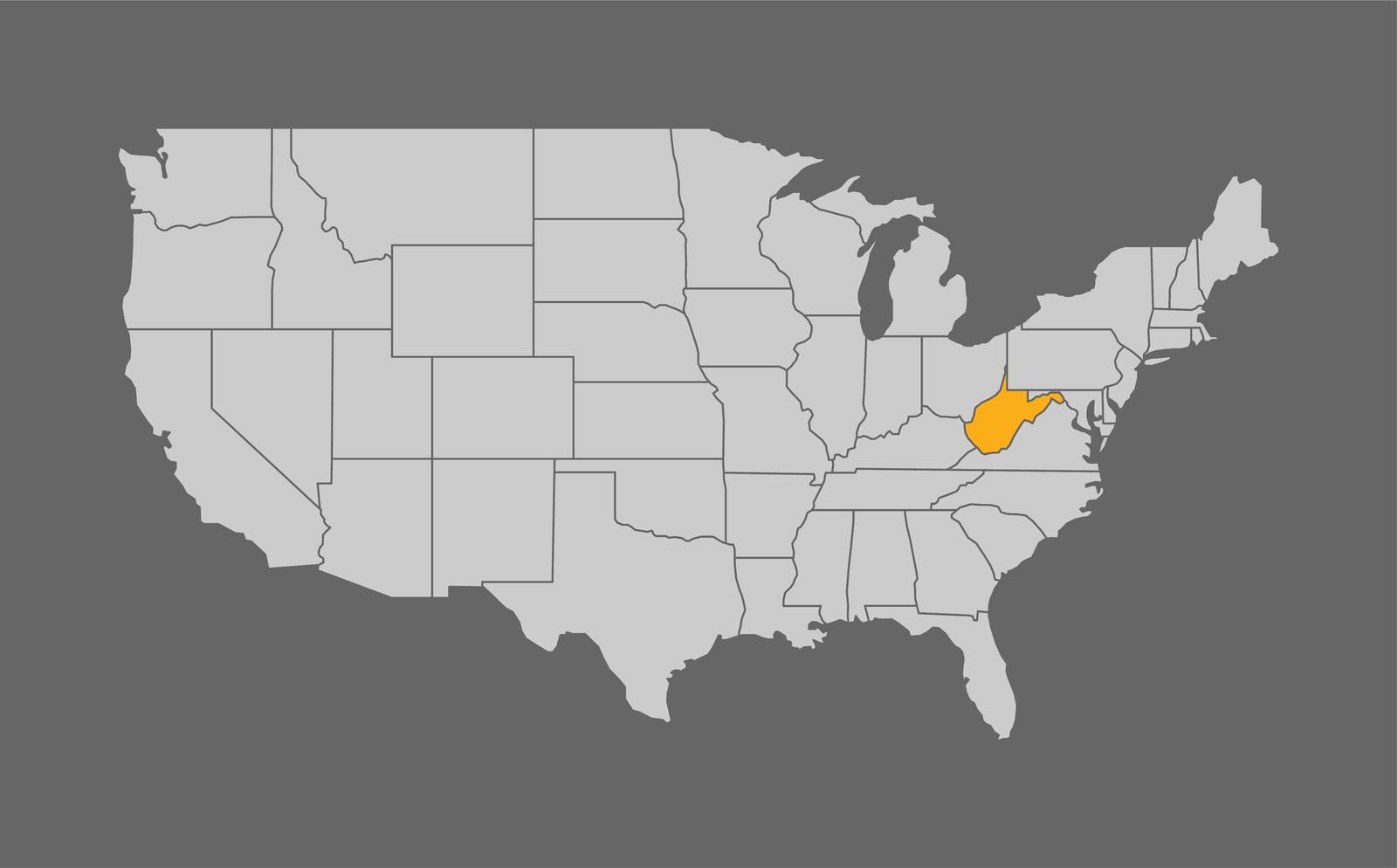 West Virginia is the 12th least populated and 10th smallest state in the nation, with a significant contribution to many historically important manufacturing and natural resource industries.

It is the only state to form from the separation from a Confederate state during the Civil War and has hence had both democratic and republican political sidings.

It neighbors five states and has seven interstates crossing its borders, serving most major cities and metropolitan areas. Its capital and largest and most populated city is Charleston, WV which is positioned on the crossroads between I-64, I-77, I-79 and U.S. Route 119.

The state enjoys some of the most diverse natural landscapes and can be both characterized by its hills and valleys and its flat areas. As such, the state is relatively easy to navigate, thought the lack of interstates in some areas can prolong large car shipments.

In terms of car transportation capabilities, West Virginia is one of the lowest-cost states as the market demand there is not as big as other locations.

This is where USTrans.com’s services come in handy – our job is to get you the best rates possible, but to also ensure that the carrier you are going to use is licensed and experienced. This will guarantee the safety of your vehicle and the timely delivery to its end location.

This is especially important for exotic vehicle transportation to and from West Virginia, as those vehicles cost a fortune and you want the best guys to handle the job.

There are several things which can affect the price of any auto shipping job, and those are:

To reduce the prices and to make the entire experience as convenient as possible, here are some tips we’ve learned during our 15 years of experience in this field:

Charleston, WV can pride itself on many things, but one of them surely are the low prices for car transport services the city receives. Even during high market demand in the U.S., Charleston citizens can enjoy a substantially lower rates for in and out of state auto shipping.

One of the reasons this is so, is due to the near location of Charleston, WV to two major interstates which cross state lines into neighboring states. There are also several U.S routes and state highways which service the city, including the Charleston Turnpike.

We also provide our services for car transportation from West Virginia to other states, such as: