What is a Car Oxygen Sensor (O2 Sensor) 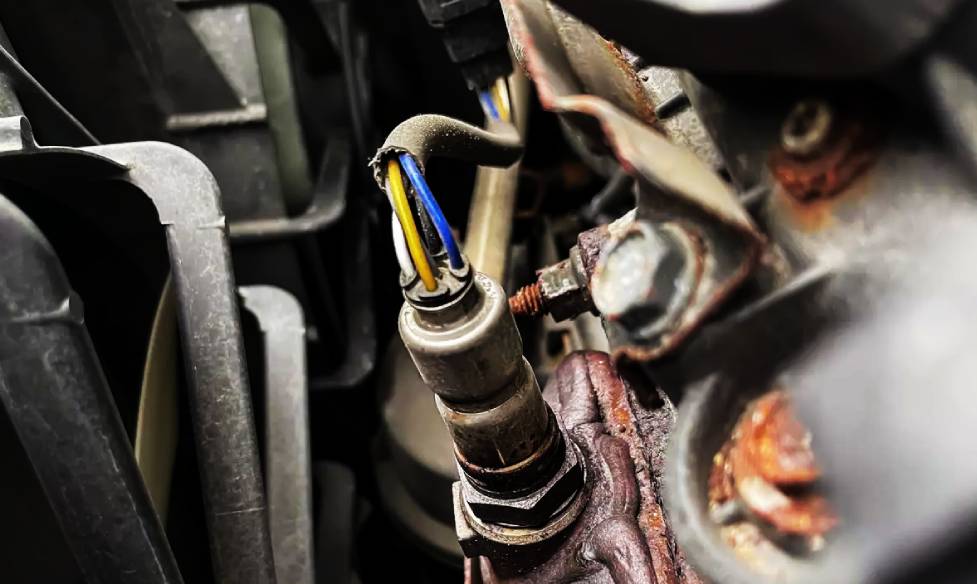 Internal combustion engines working in a closed-loop system are by far one of the most interesting mechanical inventions in human history. Their complexity and the amount of precision and thought that went into designing and building the first engines is simply mind-boggling.

The timing required to turn gas vapors, oxygen and a spark, into a transient motion is awe-inspiring in the truest sense of the word.

Your car’s oxygen sensor is a part of the combustion process and its job is to determine whether or not the fuel-to-oxygen ratio in the combustion chamber, is at its optimal level for the best performance and fuel efficiency.

It’s an essential part for the work of the engine and if it’s not operating properly, it can cause the vehicle to increase its fuel consumption quite heavily and reduce its performance.

As a part of the auto-motive industry in America, the USTrans.com team is quite interested in all that is car related, which is why today’s topic will be about the all-important engine O2 sensor, its malfunctions, how to detect them and so much more.

The main air fuel-ration sensor is located in the engine bay of your vehicle, or precisely in the front exhaust manifold where the exhausted burned gases escape. Its job is to detect the presence or lack of oxygen in the escaping vapors, which is why it’s also called an oxygen meter.

The sensor is screwed onto the exhaust manifold, with a small portion of it inside the actual exhaust. It is directly in the way of the passing gasses, detecting, through electrical operations, the presence or lack of oxygen.

It’s directly connected to the main computer of the vehicle and sends out its own voltage based on the amount of oxygen that passes through it. The way it creates its own voltage is by way of comparing the presence of oxygen in the exhaust stream as opposed to oxygen outside of the steam.

These differences in voltage feed basic information to the main computer, which adjusts the fuel mixture based on the readings the sensor provides. Too much oxygen (indicated at 0 volts) means that not enough gas vapors have ignited, meaning that car is running “lean”.

The lack of oxygen or too small of an amount, would be indication (indicated at 1 volts) of too much fuel burning, meaning the engine is running “rich” or that it’s consuming too much fuel for the amount of work its doing.

The perfect ration of fuel-to-air mixture would be indicated by an 02 sensor at 0.5 volts, or the prefect balance between oxygen and fuel for the most optimal power production and fuel consumption.

The reason this sensor and its proper operation matters – it sends data of the fuel-to-air mixture, by the way of the main computer, which commands the fuel injectors which either increase or reduce the amount of fuel which is injected into the combustion chambers.

The most common bad oxygen sensor symptoms are related to the performance of the car with the main indicator being a “check engine” light. This can be due to many reasons, this is why we recommend you get a hold of a car scanner and check for any of the following codes:

Or the following, which are related to the operation of the air-fuel fixture control system and the effectiveness of the combustion process, meaning problems located in oxygen bank login:

In terms of non-code related symptoms, there are many bad 02 sensor symptoms the finding of which does not require a scanner, like:

There might be many issues with the sensor itself. For single wire sensors, which are the simplest and most rudimentary ones, it might be electrical issues – for more complex variations, it may be heating element problems or even something as simple as a dirty or grease sensor.

What is the O2 Sensor Replacement Cost

O2 sensor replacement can happen in less than an hour depending on the type of engine and the location of the sensor itself. Some vehicles, like older model Toyota Rav 4 vehicles, have a very accessible sensor, which makes the replacement procedure quite easy in terms of labor.

In terms of costs of replacing the actual part it really depends on the type of the sensor, which block it is as well as how easy it is to reach by a paid mechanic.

Oxygen sensors cost anywhere between $200, $500 or even more, depending on the year of the vehicle and if you are buying from an OEM source or a cheap parts dealer.

How Many Other Oxygen Sensors Does a Car Have

There are also several other oxygen sensors along the exhaust system, starting with the aforementioned upstream O2 sensor which tests and indicates the presence or lack of oxygen in the exhausting gasses from the combustion engine.

The downstream O2 sensor is located right before your catalytic converter, testing to determine the presence of oxygen and other gases.

This sensor provides vital information to the central computing unit, which compares the data sent from the upstream and downstream oxygen sensors to adjust the air-to-fuel mixture.

The post catalytic converter sensors are meant to examine the gas mixture which is coming out of your car’s cat to see if it’s working properly.

As a service well versed in car shipping and transportation, USTrans.com is aware that these discussions may be quite valuable to a lot of people – hope this informational article helped you and made your life easier.

For more interesting and vital informational articles, keep checking back with us in a regular basis.