What Is a Commercial Vehicle – Definition and Insurance

USTrans / Blog / Advices / What Is a Commercial Vehicle – Definition and Insurance 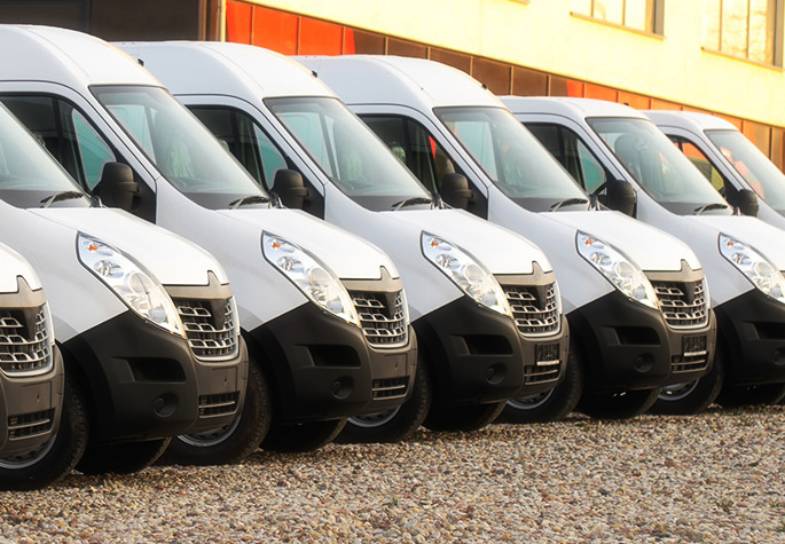 “Commercial vehicle” is a commonly used lay term to describe a vehicle that a commercial enterprise would use to perform their commercial contract. They are most often large and long vehicles, commonly 18-wheelers or semi-trucks with two or more axels.

United States Federal law specifies that it defines commercial vehicles by weight and other outlying characteristic like size, number of seats or markings.

NYC state law specifies further that a commercial vehicle should have commercial markings on the sides of the doors, as well as should have extra seating removed aside from the front and driver seating.

The Federal definition provides a good starting point, however, there is room for interpretation and potential mistakes.

Before we continue with a further explanation of what commercial vehicles really are, it’s a good idea to explain why there should be a definition of one and what benefits there are for licensing and registering your vehicle for commercial use.

How is a Commercial Vehicle Classified

As it was mentioned above, the specific Federal specification for commercial vehicles is based on its weight, rather than any particular markings, like some state laws (NYC and New Jersey) require.

Federal law has size and length specifications for commercial motor vehicles, more specifically regarding their passage along the National Highway Network and the Interstate Network.

According to state law, these allowances are the minimum requirements for a commercial vehicle, with there being pretty big differences between various state allowances.

According to the grandfathered semitrailer lengths, states like Arizona (57-6 feet or 17.53 meters) and Louisiana (59-6 feet or 18.14 meters), have the biggest length allowances.

There are other types of specialized equipment vehicles which can also be considered for commercial use, such as:

Automobile transportation vehicles are most often used in the commercial service of auto transportation, something which we at USTrans.com are more than familiar.

There are further regulations which dictate the marking and safety requirements of saddlemount combination transportation vehicles. They are considered to be a singular vehicle which must have an “oversized load” sign as well as signal lights for low visibility or night operations.

Furthermore, commercial vehicles used for the goal of auto or boat transportation, as per the classification stated in the Federal Size Regulations for Commercial Motor Vehicles manual, in the Specialized Equipment subsection, are classified as follows:

Benefits of Registering a Commercial Vehicle with your State

Now that we’ve given a pretty good explanation as to what Federal and State laws reference as “commercial vehicles” it’s a good idea to explain why there’s a benefit to registering your commercial vehicle.

For starters, it provides you with way more options for daytime parking. NYC state law prohibits the parking of non-commercial vehicles in inner city or downtown areas for an extended period of time.

Under the provision of NYC state law commercial vehicles, such as delivery vans and vehicles carrying out commercial use, can be parked within a three-block radius from their intended delivery destination.

Parking of commercial vehicles is NOT permitted from the hours of 9pm to 5am, as it may impede the transit of emergency vehicles around the city. They must be instead parked in their intended depots, such as depots for garbage trucks, delivery vans, tow trucks, etc.

Where CAN You Park Your Vehicle at Night?

There are a lot of “No-No’s” for parking commercial vehicles, especially in heavy traffic urban areas like Los Angeles, San Francisco and New York. So much so that you get really confused with all of the regulations and rules.

To give a short answer to the frequently asked questions “Where can I park my commercial vehicle overnight?” – pretty much nowhere but the designated depots of said commercial carries.

For out of state drivers of commercial vehicles which have been registered in another state, parking must be done either at specialized lodging facilities, or in overnight depots.

Vehicles which have been converted for commercial use and are classified as per the aforementioned classifications, CANNOT be parked in residential areas. This is due to health and safety concerns and not impeding on emergency and first responder units attending to emergency situations.

Due to the size of commercial vehicles, it is also prohibited to park them overnight anywhere else but company or 3rd party parking lots and depots.

Ways of Acquiring a Commercial Vehicle

Now that we’ve specified what is a commercial vehicle is and where it can and cannot be parked, it’s a good idea to provide some tips on acquiring one.

The first idea that might pop up in someone’s mind are commercial vehicle loans. Due to the high price of specialized equipment, such as semi-trucks and auto transport trailers, the upfront cost would be too high unless you’ve already procured the finances.

Loans for commercial vehicles are a good way to quickly acquire the financing for said equipment in order to have a low down-time start. However, there are several downsides to starting of with a commercial vehicle loan, such as:

There is also the risk of defaulting your loan which can affect your credit score, further reducing the chance of getting a good loan on future endeavors.

There is also the matter of commercial vehicle transportation, which we at USTrans.com would be more than happy to assist with information and tips.